Heartwood Presents: The Currys (SOLD OUT) 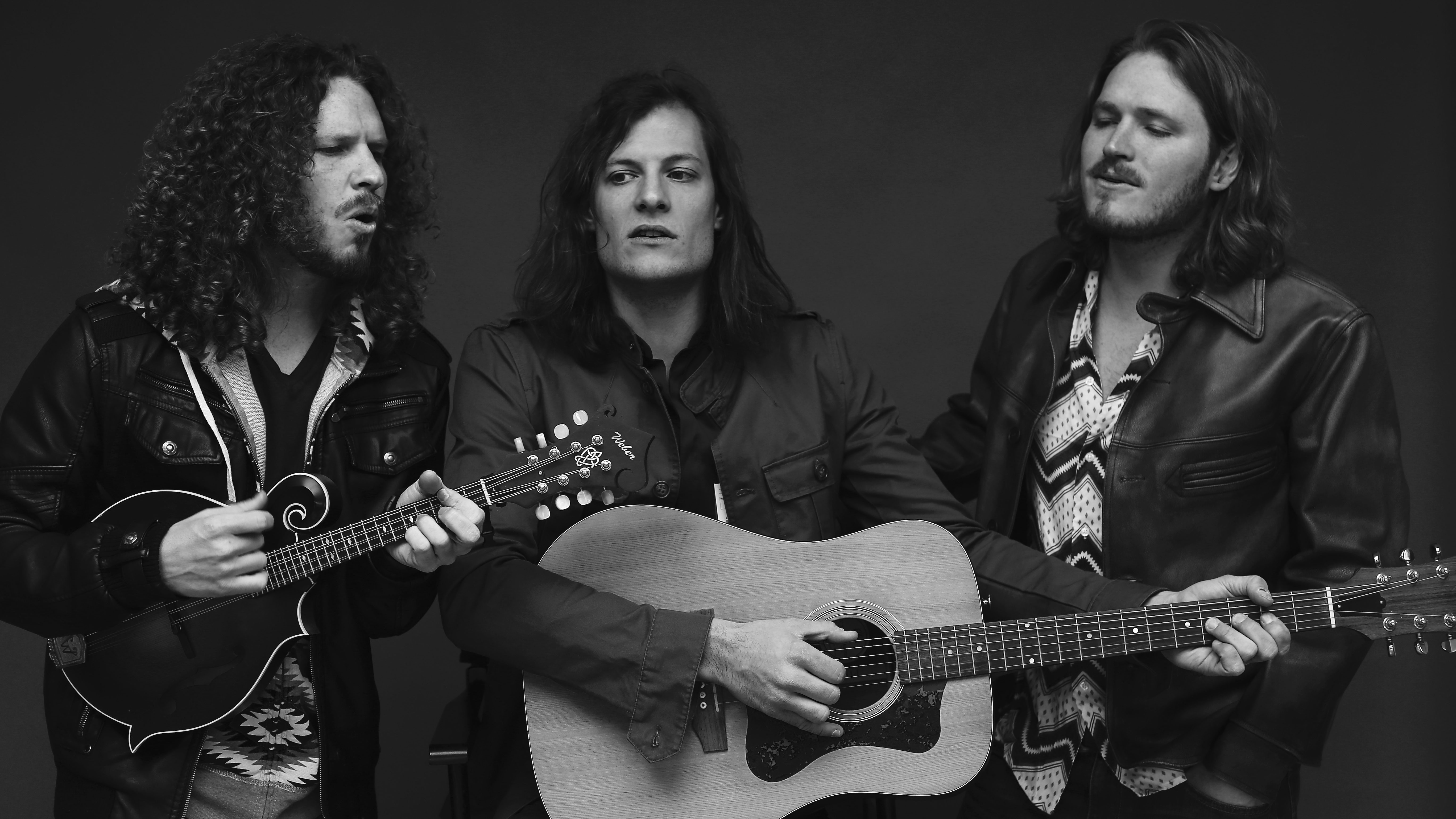 The Currys have been staking their claim in the Americana music scene since 2013, when vocalist/guitarist Tommy Curry quit his teaching job and moved to Charlottesville, Virginia, to join the harmony-based folk-rock outfit newly formed by brother Jimmy Curry (vocals, guitar) and cousin Galen Curry (vocals, bass). The band, who originally cut their teeth playing the oyster bars and listening rooms of the Florida Panhandle, has since written and released two full-length albums: their studio debut Follow (2014), called “eye-opening, but warmly familiar” by Earmilk, and whose title track is “one of the most beautiful pieces of music I’ve ever heard” (Todd Moe of NCPR); and sophomore effort West of Here (2016), with its “tight-as-a-rubber-band” harmonies and “infectious” songwriting (PopMatters).

For their third album, This Side of the Glass (2019), The Currys teamed up with producer/guitarist Sam Whedon and engineer Stewart Myers (Jason Mraz, Parachute) to map new terrain. As ever, the band’s three-part family harmonies provide the organic, lived-in feel of roots music, but the album aspires to a greater variety of tone, form, and orchestration than earlier releases. The songs defy categorization into any one genre: the country nostalgia of “Gulf Coast Home” complements the folk-pop sensibility of “Pin You Down,” while the guitars and gang vocals of “Soon Enough” pay unmistakable homage to Paul Simon’s “Graceland.”

Lyrically, This Side of the Glass explores questions of perspective, an apt consideration for a band featuring three songwriters. Each Curry offers his take on the time-worn threads of life and love, contributing to the album’s tapestry of introspection and social commentary. Likewise, each in turn ruminates on the paradox faced by every performing songwriter: how to balance one’s roles as both the author of stories and the object of storytelling. This Side of the Glass is an insightful and satisfying new chapter from a band with many more stories to tell.

“…toothsome and satisfying…” – Popshifter on West of Here

“It’s is almost impossible not to be moved, physically and metaphorically, by the gorgeously composed tracks on this album.” – Wordkrapht on Follow

With food from Radha’s Kitchen!