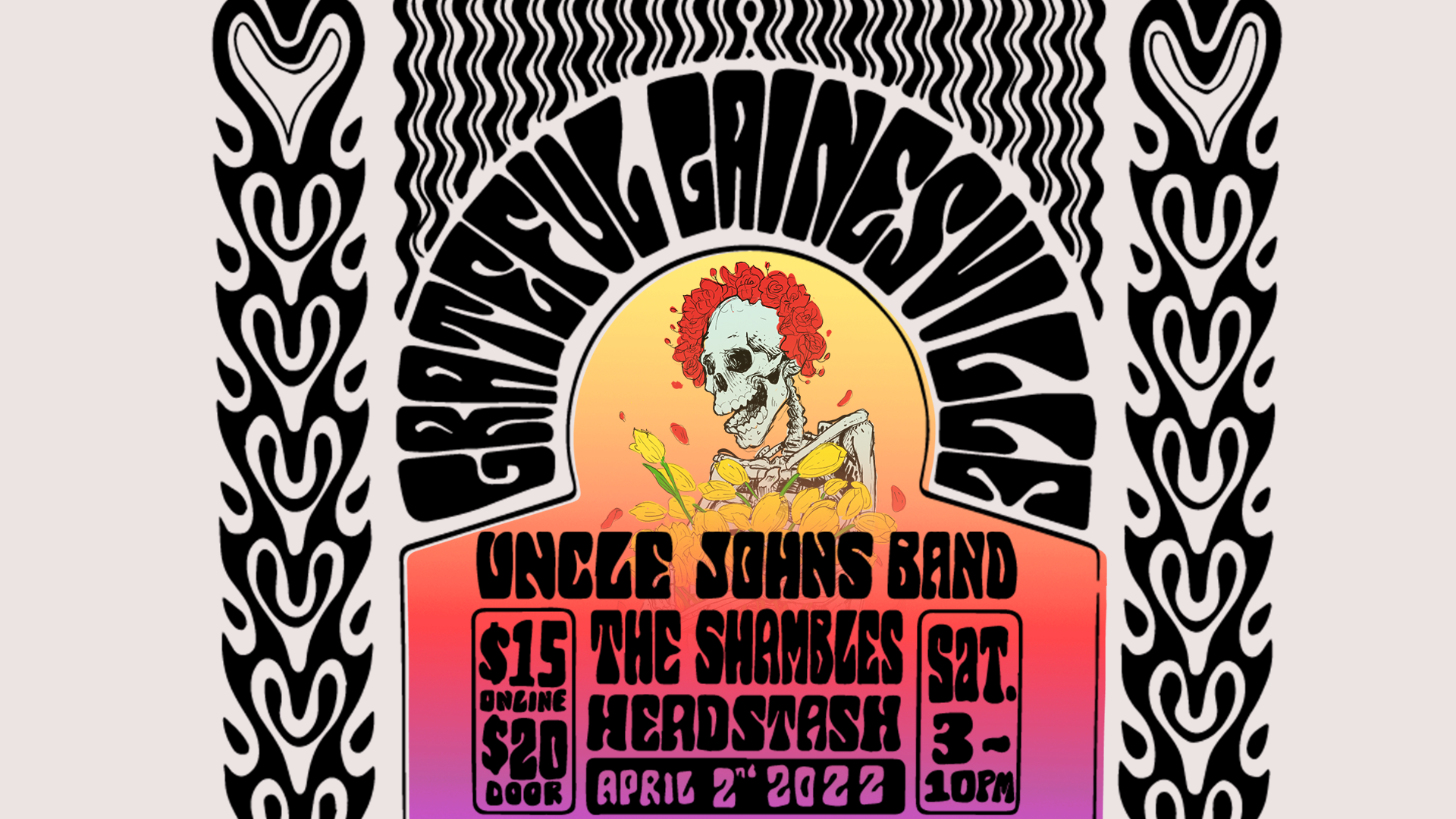 Celebrate the music of the Grateful Dead and Steely Dan with Uncle John’s Band and the Shambles.

“In a world overflowing with Grateful Dead inspired tribute bands, it is rare to find one that consistently captures the essence and groove of the Dead’s engine firing on all cylinders. Uncle John’s Band is all that. For thirty years they have been perfecting their craft. They have played with John Kadlecik, Tom Constanten, Vince Welnick, Merle Saunders, Melvin Seals, David Gans, and New Riders of the Purple Sage. They are fabulous.”  -Trey Herb