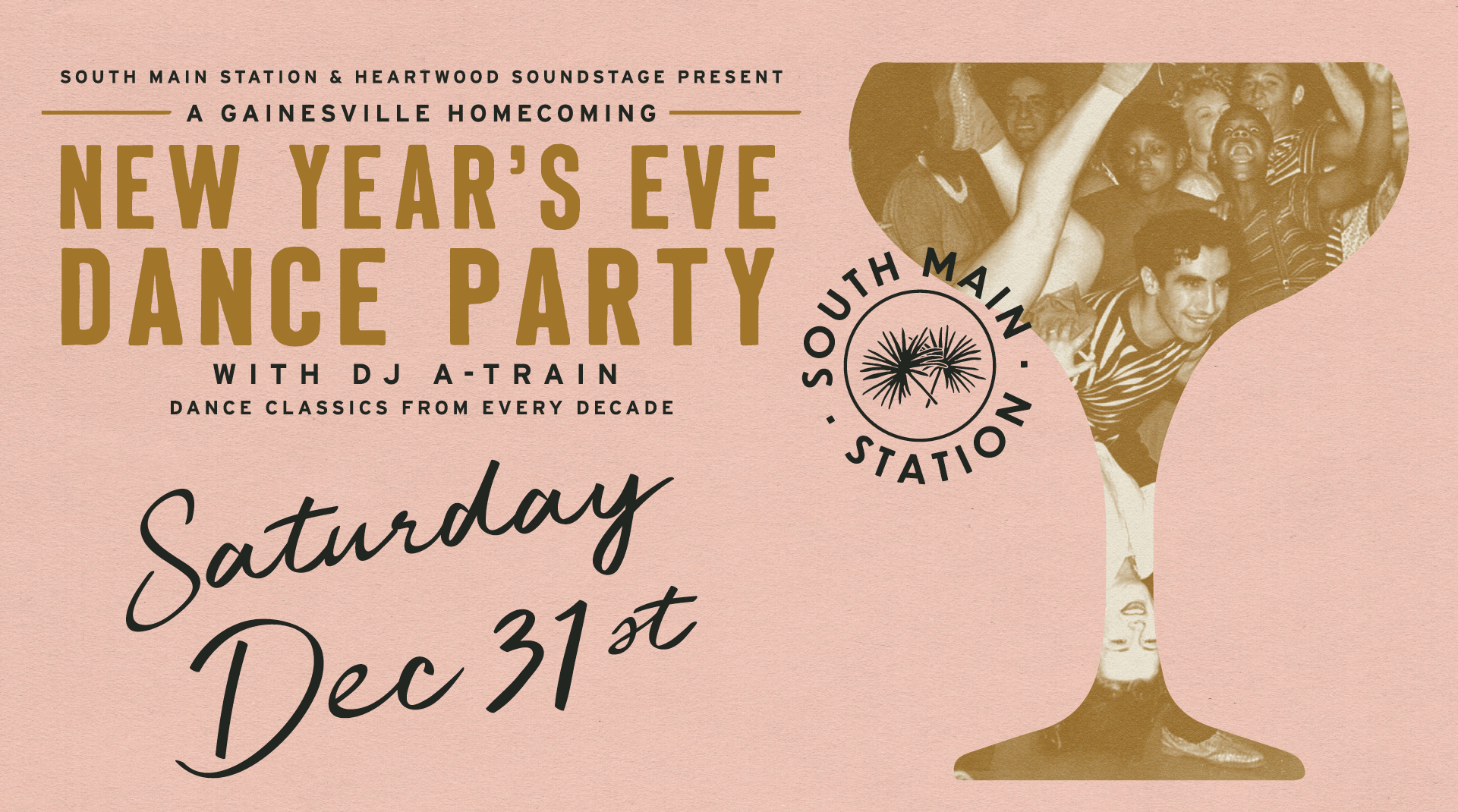 Ring in the New Year with friends old and new at South Main Station’s and Heartwood’s inaugural NYE party with DJ A TRAIN. Doors and live jazz at 7:00. Start your evening with dinner at Bingo Deli & Pub or Humble Woodfire, then get ready to move with dance classics from every decade. Champagne toast and countdown at midnight.

VIP Presale – Get VIP tickets now through December 10 for $50.

From festival stages & big room night clubs to fashion shows & underground dance parties, A-TRAIN has become one of Miami’s most desired DJs. He fell in love with the DJ culture while living in Tokyo, Japan as a teenager. He started collecting records just before his return to the US and by age 16 he was DJing nightclubs all throughout Florida.

He eventually moved from Gainesville to Miami and quickly became a hot commodity in the local club circuit. A-TRAIN can now be found at Miami’s top night clubs and special events, from South Beach to Wynwood. When not in Miami, you can find him rocking parties at the top nightclubs all over North America, Europe and beyond. A-TRAIN takes pride in his art form, tastefully mixing a mélange of songs while making bodies move ’til the lights come on.