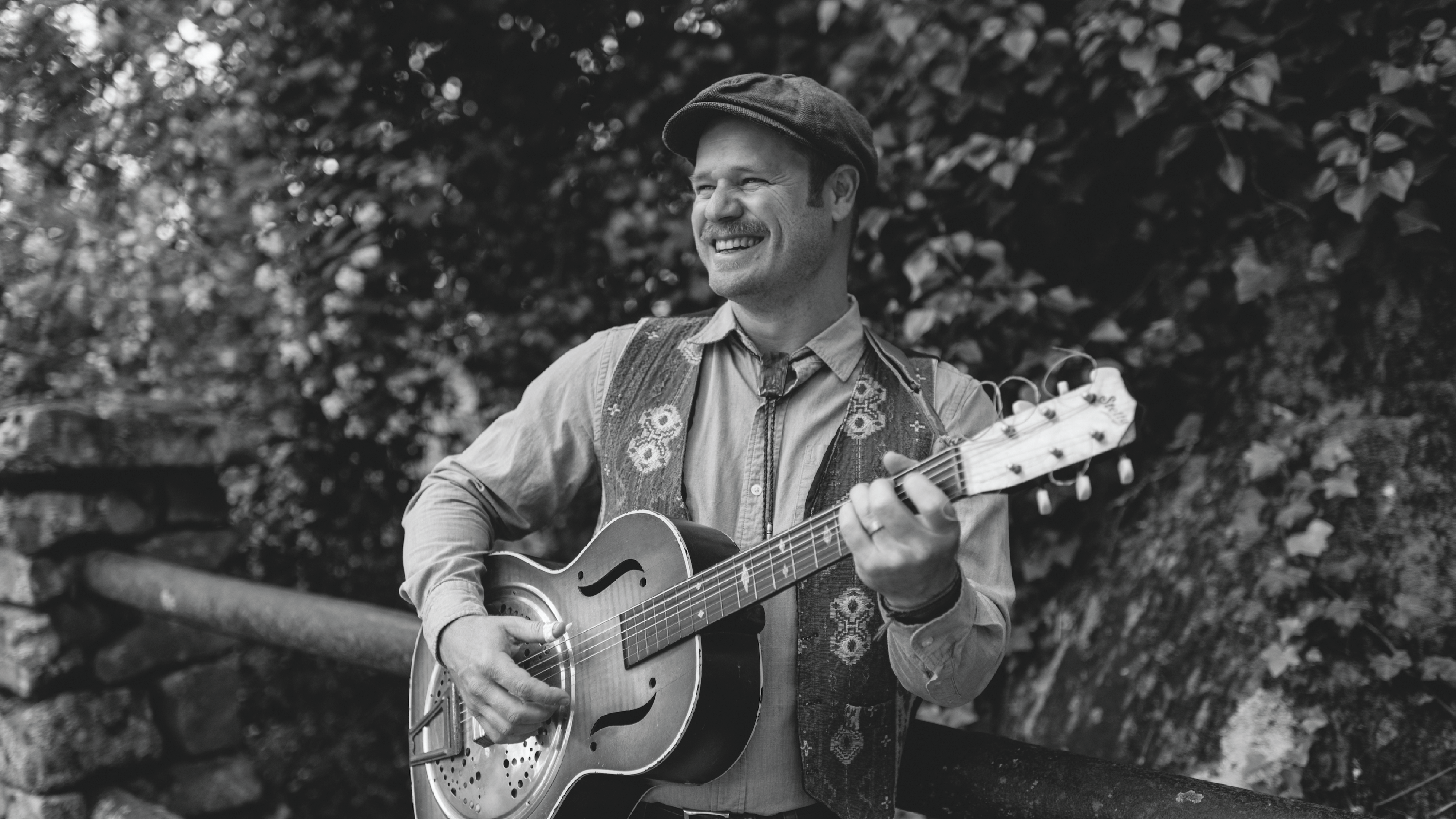 Host of the popular roots music history podcast American Songcatcher, Nicholas Edward Williams is a multi-instrumentalist and storyteller who is dedicated to “playing it forward” by preserving the songs and styles that have shaped our country: ragtime, Piedmont blues, traditional folk, old time and early country. Williams has spent the last 15 years touring around the US, the UK, Western Europe and Australia, blending the roots music spectrum in his own style. He’s opened for Taj Mahal, The Wood Brothers, Dom Flemons, CAAMP, John Paul White, Town Mountain, Jontavious Willis, Lucy Daucus, Ghost of Paul Revere and John Craigie, and has performed at festival stages on three continents. William’s debut record As I Go Ramblin’ Around made the International Folk Radio DJ Charts in 2019 with the #6 Top Album, #7 Top Song. His critically acclaimed sophomore release Folk Songs For Old Times’ Sake unveiled in November of 2021, and has been heralded by the likes of Grammy-winning musician David Holt who said: “With tasteful guitar arrangements and a voice that draws you right in, Nicholas’ recordings roll along like a mountain stream.”