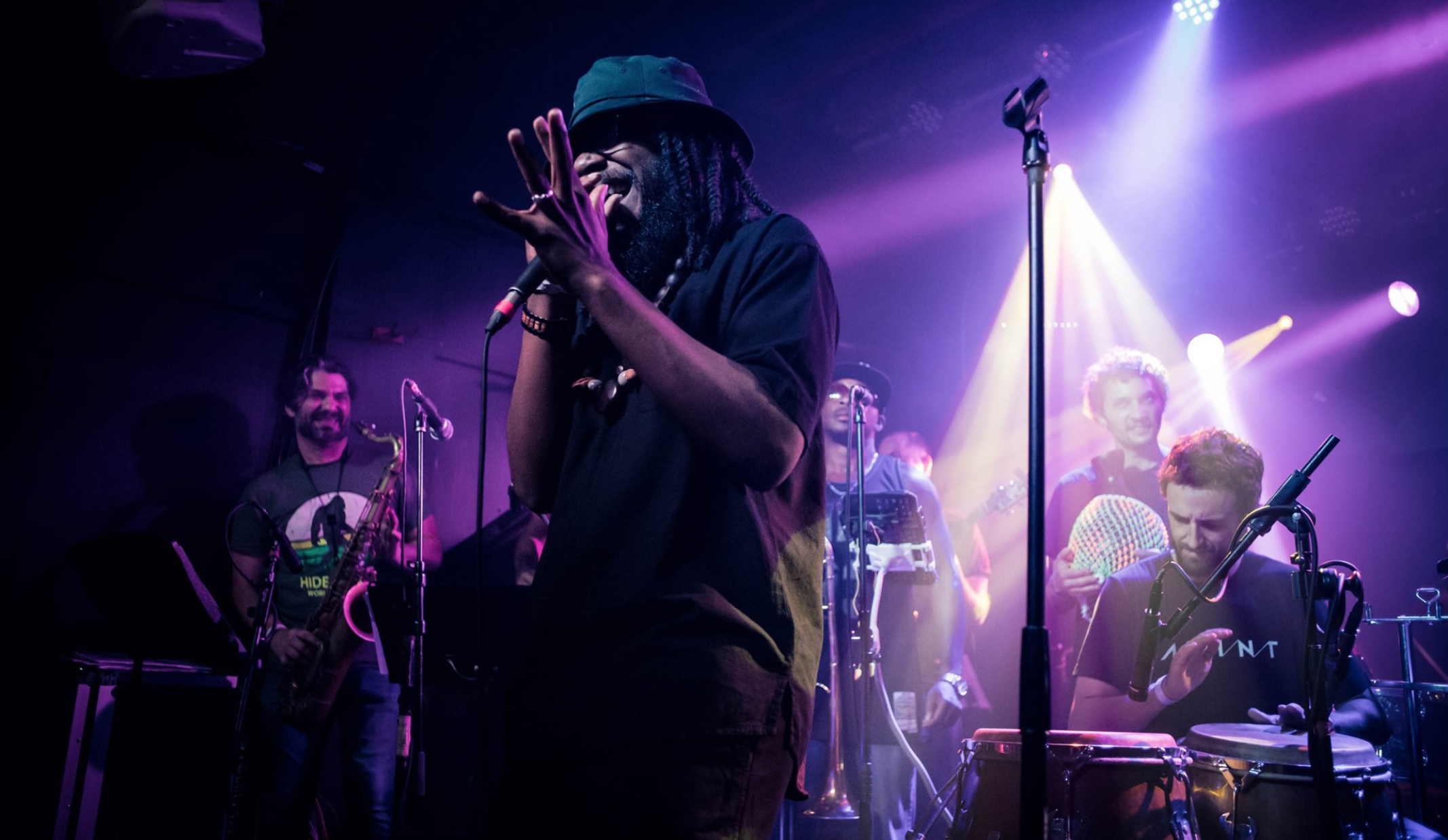 NightCrawler is a 9-piece afro-funk ensemble based out of Jacksonville, FL. Formed in 2018, the group has been consistently bringing its powerful blend of Afrobeat rhythms and jazz-funk sensibilities to the Northeast Florida area since. Originally started as a means of performing the music of Mulatu Astatke, Fela Kuti and other such luminaries, the band quickly became a workshop for original material. As the material grew, so did the band and it became a small community of passionate and skilled musicians all dedicated to a group sound and vision. As they crafted their new music, a funky amalgam akin to Headhunters, Antibalas, and Snarky Puppy, they never wanted to lose sight of the political overtones that is the heart of so much Afrobeat music. With the recent addition of vocals, their hope is to give that message a voice and deliver it with the infectious grooves of Africa, America and beyond.

This is a standing show with limited seats. Friends of Heartwood can call early to reserve their seats.