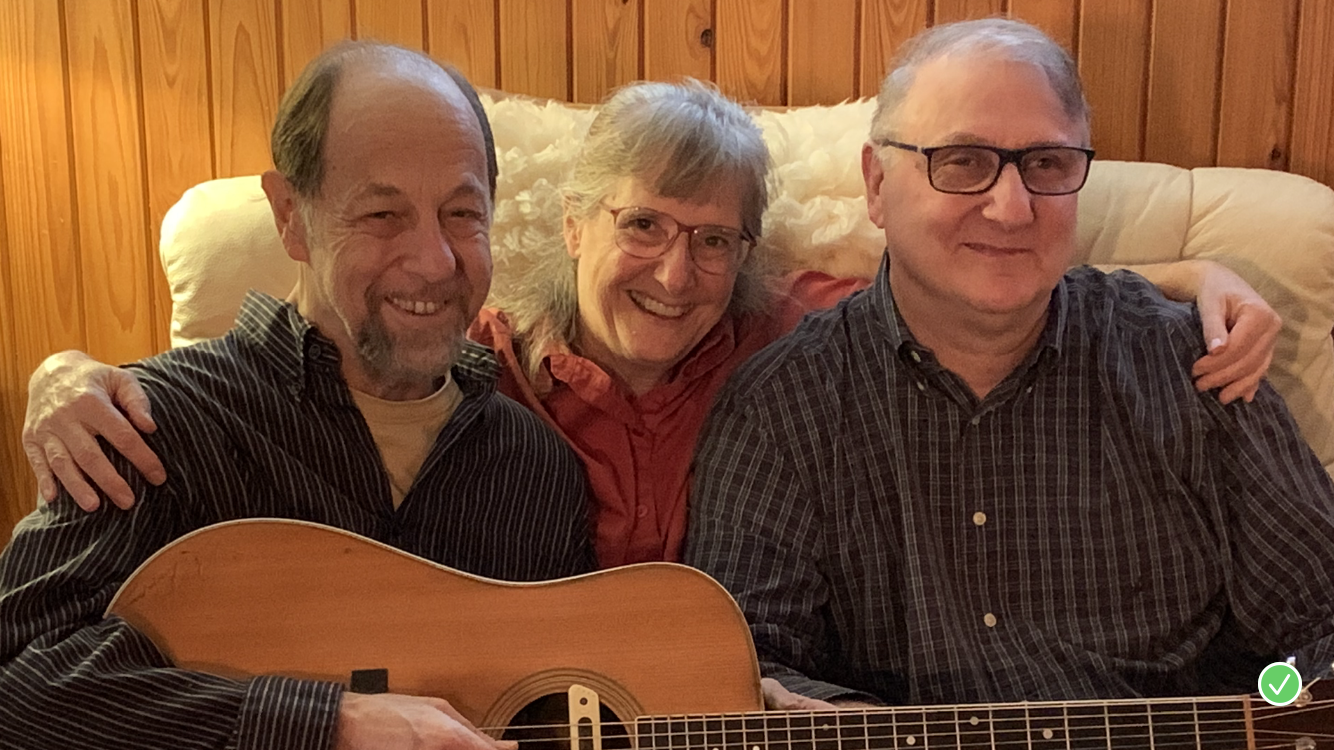 BFF stands for Bob McPeek, Fagan Arouh, and Fay Baird, and is the latest incarnation of longtime Gainesville musical icons.
Bob of course is a cofounder of Heartwood, Mirror Image Studios, and Hyde and Zeke Records, and the recording engineer, producer, and musician behind countless albums by thousands of artists, including his own bands TranceForm, The Erasables, The Relics, Antidote, and Cecily Jane. His wordsmithing and songwriting reflect those decades of playing, absorbing influences, and life experiences. He has co-written a song called We Are Not Alone with Eliza Gilkyson that will close her next album of political anthems, due out in early 2020 on Red House Records
Fagan Arouh’s long career dates back to a Nashville band called The Smashers, signed to CBS Records in the early 80s. He’s a member of Other Voices and The Relics, and has appeared in a host of events at the Bo Diddley Plaza. He’s a prolific songwriter, versatile singer, and great guitarist.
Fay Baird is a founding member of New England’s Short Sisters, known for their beautiful harmonies and distinctive round singing. Fay is a wonderful singer and plays banjo and guitar.
With guitarists Fagan and Bob laying down a solid, compelling rhythm that ranges from finger-picked folk to driving Pete Townsend riffs, BFF’s beautiful three part harmonies present songs that range from hilarious to profoundly moving.
Bob puts it this way: “I’ve moved back and forth from electric rock music to delicate finger picked guitar my whole life. With this trio, I’ve got my guitar soul mate Fagan on one side and Fay’s acoustic sensibilities on the other. It’s the full spectrum and never limiting and I love it!”